“Intelligent Lives” to have National Broadcast Premiere on WORLD Channel 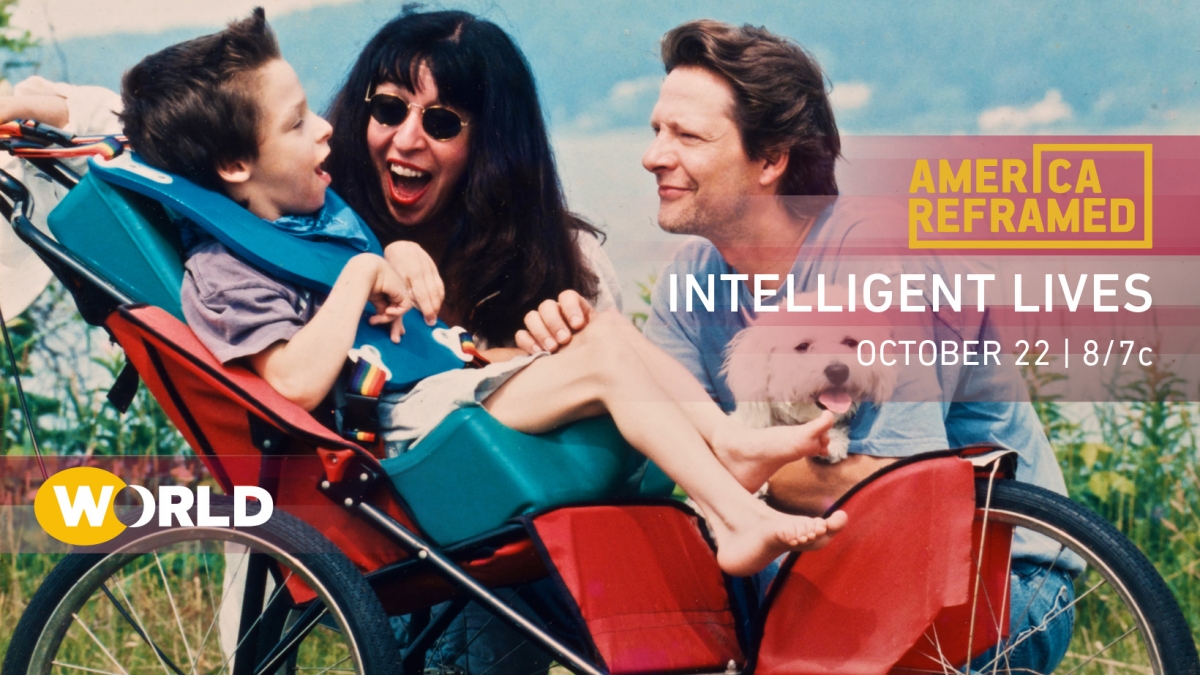 DURHAM, N.H. – The documentary Intelligent Lives takes viewers into the lives of three young people living with an intellectual disability who challenge perceptions of intelligence as they navigate high school, college, and the workforce. The film is directed and produced by award-winning filmmaker Dan Habib of the Institute on Disability at the University of New Hampshire, and narrated by Academy Award-winning actor Chris Cooper.

Intelligent Lives tells the stories of three pioneering young American adults with intellectual disabilities – Micah Fialka-Feldman, Naieer Shaheed, and Naomie Monplaisir – who challenge perceptions of intelligence as they navigate high school, college, and the workforce. Academy Award-winning actor and narrator Chris Cooper contextualizes the lives of these central characters through the emotional personal story of his son Jesse, as the film unpacks the shameful and ongoing track record of intelligence testing in the U.S.

Intelligent Lives challenges what it means to be intelligent, and points to a future in which people of all abilities can fully participate in higher education, meaningful employment, and intimate relationships. “This film is a catalyst to transform the label of intellectual disability from a life sentence of isolation into a life of possibility,” said filmmaker Dan Habib.

Intelligent Lives is executive produced by Chris Cooper, actress/author Marianne Leone Cooper, and actress Amy Brenneman, and this broadcast is supported by Mitsubishi Electric America Foundation, Agilent Technologies Foundation, and the SAP Corporation. Starting October 23, 2019, the film will stream for one month on worldchannel.org, amdoc.org, and all station-branded PBS platforms including PBS.org, and on PBS apps for iOS, Android, Roku, Apple TV, Amazon Fire TV, and Chromecast. The film is also available through the IOD Bookstore.

To schedule an interview with Dan Habib and other special requests, journalists and reviewers may contact Kären Clausen at 603.228.2084 x26 or via email at karen.clausen@unh.edu. Director Dan Habib can also be reached at dan.habib@unh.edu.  For more information about the film, please visit www.intelligentlives.org.

The Institute on Disability at the University of New Hampshire was established in 1987 to provide a coherent university-based focus for the improvement of knowledge, policies, and practices related to the lives of persons with disabilities and their families. Its mission is to promote full access, equal opportunities, and participation for all persons by strengthening communities and advancing policy and systems change, promising practices, education, and research.

The University of New Hampshire, founded in 1866, is a world-class public research university with the feel of a New England liberal arts college. A land, sea, and space-grant university, UNH is the state's flagship public institution, enrolling 12,200 undergraduate and 2,300 graduate students.