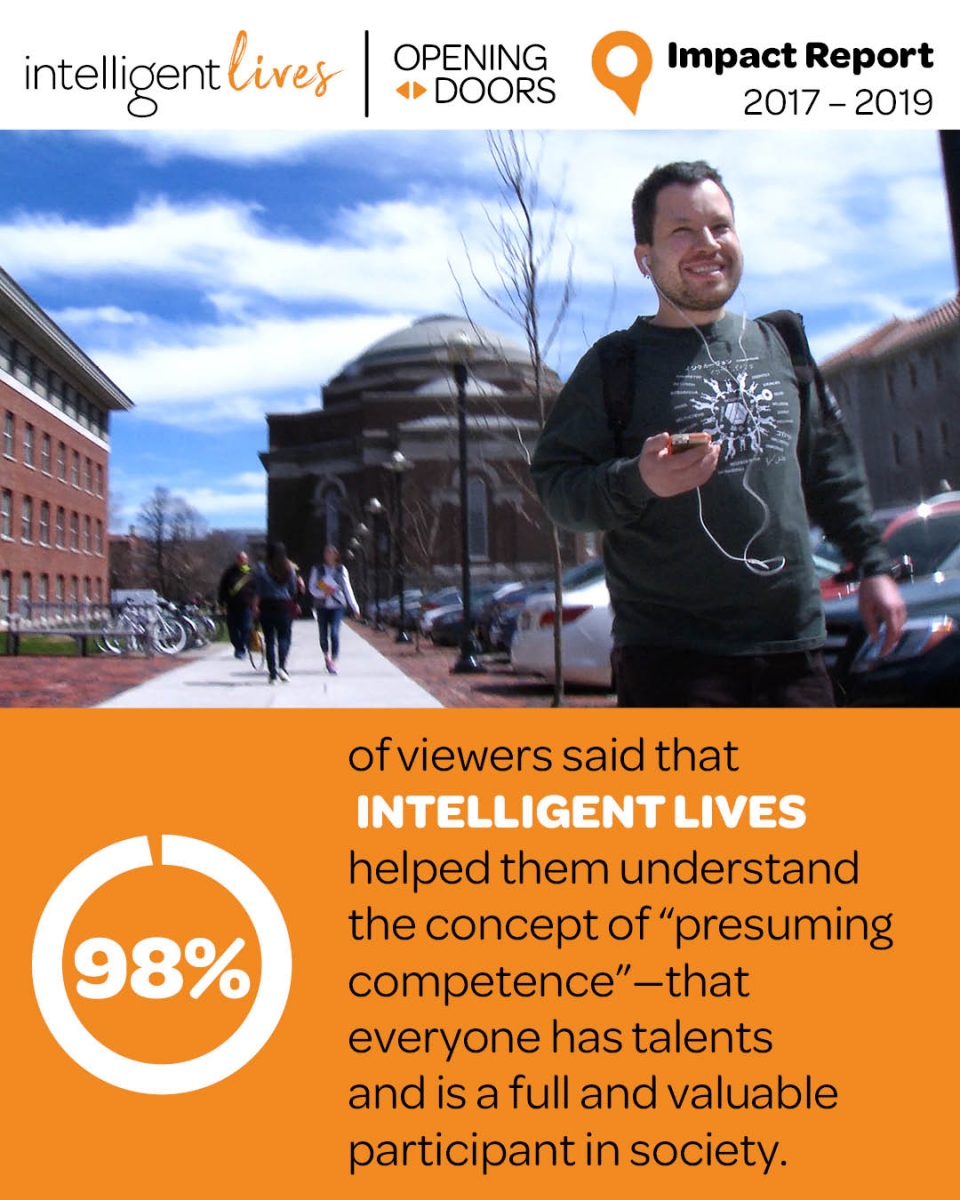 Intelligent Lives explores a central question, which is posed early in the film by narrator and Academy Award-winning actor Chris Cooper: “Can any attempt to measure intelligence predict a person's value, or ability to contribute meaningfully to the world?”

The film beautifully examines this issue by following the lives of three young adults living with intellectual disabilities: Micah, Naieer, and Naomie, as they navigate school, higher education, and the workplace.

"By meeting the film stars, Intelligent Lives is showing millions of viewers the power of opportunity and high expectations," said filmmaker Dan Habib. " “And that people with intellectual disability and autism can be fully included in all aspects of society."

While many strides have been made to make American culture more inclusive, people with intellectual disability remain perhaps the most marginalized group of Americans. Only 15% of adults with intellectual disability are employed, and a mere 17% of students with intellectual disability are fully included in regular education classrooms. The film is having a major impact on attitudes and behaviors: 97% of surveyed viewers indicated that Intelligent Lives helped them understand that intelligence can't always be measured, and 88% of viewers indicated that the film made them more likely to interview and/or hire a young adult with a disability for a part-time or full-time job. “I think this film blew up the notion that there is any way to quantify this amorphous thing we call ‘intelligence’” said Habib.